Composition of the organisation

Alliander has a diverse workforce. In terms of competences – we employ many engineers and ICT staff, but also experts in change management and finance – as well as in terms of age, gender and cultural background. We are convinced that we need diversity to fulfil our mission – reliable, affordable and accessible energy for everyone – during the challenging energy transition of today. If society, our customers and the labour market are diverse, we must follow suit. Diversity and inclusion policies form part of our corporate social responsibility.

An organisation where everyone feels at home

The energy transition belongs to us all. That is why Alliander is committed to being a diverse company, where everyone counts, feels at home and can use their talents to the full. Though energy-related jobs are regarded as typical men's work, we try to build and maintain a varied workforce. This is because we believe diversity leads to better decision-making and cooperation. Moreover, we think that colleagues must be able to be themselves, irrespective of their gender, age, (cultural) background, religion and sexual orientation. That is why we encourage the recruitment of women in leadership positions, employees with an immigration background and people at a distance from the labour market. Last year, Alliander received the Diamant-award Runner Up from the Talent to the Top monitoring committee for its high-quality, inclusive and imaginative diversity policy. In addition, we initiated an action study – named Piekstroom – to explore how Alliander and highly qualified women with senior management potential can be brought together. Forty colleagues conducted intensive talks and made recommendations. These were worked out into business cases by other colleagues. Focal areas included partner leave, personal development interviews with scope for alternative career paths and knowledge about female leadership. We want to challenge the organisation to become future-proof and help women make the most of their talents at all levels.

The number of staff employed amounted to 7,131 FTEs in 2017. This comprises all Alliander employees including contract staff. The majority (82%) are male. We see a proportionate representation across age groups. The percentage of women in leadership positions increased slightly from 24.7% to 24.9%. We have initiated targeted efforts to increase this percentage.

Alliander is convinced that people in work feel more engaged with society. People at a distance from the labour market (e.g. due to physical or mental impairments) need support to find suitable employment. In 2017, we offered apprenticeship-based jobs to a total of 102 youngsters, over-50s and people with a physical impairment (2016: 104). In addition, the programme created five development places for asylum status holders. We are also developing an engineering course for refugees.

Boost for unemployed youth in Amsterdam

In Amsterdam, we were instrumental in helping candidates find work via I-MPower, a joint youth project with Nuon and Philips, the municipality of Amsterdam and local parties within Amsterdam. Twelve youngsters from the Amsterdam area with a distance to the labour market were taken on as youth coaches at Alliander, Nuon and Philips. The task they were given was to coach at least 90 unemployed young people in their immediate and wider circle towards work or to encourage them to take up a study or apprenticeship. The youth coaches made their own action plan drawing on their personal experiences and network. They were supported by Manpower and Randstad and also received training themselves. What is unique about this project is that the coaches are themselves representative members of the target population, while each is approaching this challenge from his or her personal angle.

By taking part in the I-MPower project, Alliander makes a contribution towards a society where everyone gets a chance to participate and bring his or her talents to fruition. The I-MPower employment programme was organised for the third time. In 2014 and 2015, a total of 178 unemployed youngsters were successfully coached by their peers to work and/or school.

The Alliander Foundation encourages and helps our employees to engage in volunteer work. The initiative taken in 2016 to mark the Alliander Foundation's tenth anniversary was continued in 2017 under the name ‘Doen voor een ander’. As part of this initiative, employees could apply via the Foundation for a budget to visit people who are lonely or need a comforting hand and give them a day to remember. In 2017, 1,010 volunteers took part in activities and the foundation gave financial support to 77 employee projects. Traditional team initiatives include doing odd jobs and taking part in social activities for specific target groups. A new emerging trend is that more and more teams are putting their expertise at the disposal of charitable causes. Alliander is proud that the Foundation supports employee volunteering.

The impact of the Alliander Foundation 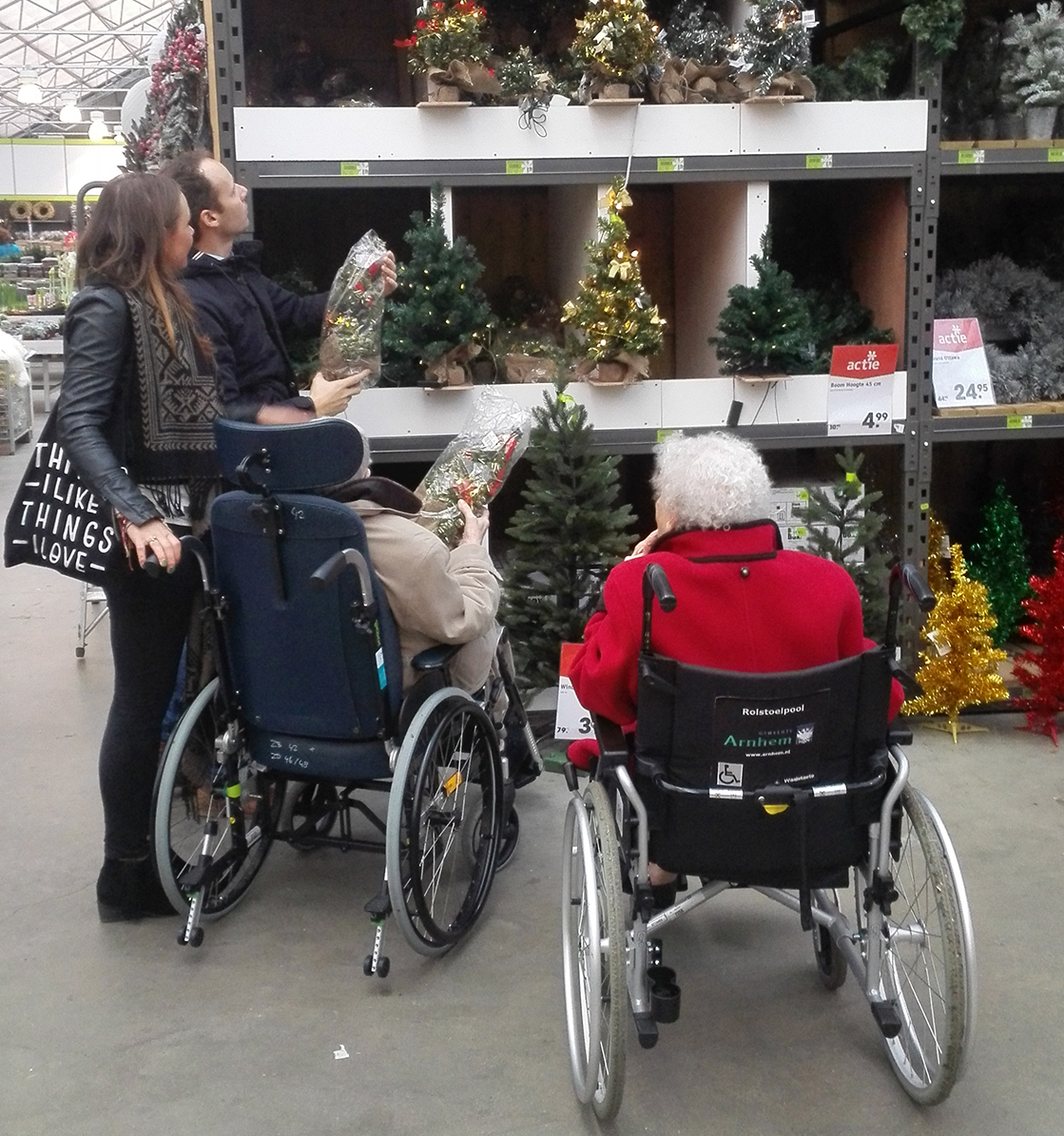 Employees who took part in voluntary work via the Foundation indicate that they appreciate Alliander facilitating this work. 59% of the participants feel that volunteering together strengthens their bond with colleagues: the team spirit is reinforced and colleagues get to know each other better by working and enjoying things together in a different setting.
61% of the participants feel that the voluntary work contributes to their personal development. They develop skills such as empathy, emotional awareness of others and dealing with people from different backgrounds. And they also get an opportunity to use their professional skills, such as analytical ability and active communication during voluntary work. Almost all employees agree that doing voluntary work has widened their horizon by putting them into contact with new organisations, target groups and social themes.

All in all, the Alliander Foundation contributes to the participants' sense of happiness. As a result, our employees were on average a little (0.5%) happier than the average person in paid employment in the Netherlands in 2017. Not just on account of the aforementioned experiences, but also because the voluntary activities enhance their enjoyment in their work and their sense of feeling appreciated. In this way, the Alliander Foundation also contributes to the overall sense of well-being experienced by Alliander employees as described under human capital in Our impact. In monetary terms this impact represents a value of € 814,000 (excluding the costs of the Foundation's organisation). The value of the well-being effects for the recipients of voluntary work through Alliander Foundation was not calculated within the scope of this study.